Anthologies about writing for teachers & writers

The Alphabet of the Trees – A Guide to Nature Writing

Classics in the Classroom – Using Great Literature to Teach Writing

The Story in History and Circuit Writer, contain ideas for writing poems, stories, plays, letters-never-sent, dreams, nightmares, letters to the past, hopes for the earth. They urge students from Kindergarten to adulthood to give voice. They encourage students from many lands and experiences to speak out of what they know: farmers, town folk, city people, new immigrants, people of emancipation and people of wars, trekkers and stay-at-homes, grandkids with crazy animals, kite-flying kids, homesick ones too. They offer ways to spark creativity–using photos, drawing Maps of My World, listing what’s high or deep, secret or in plain view. They draw on poetic and prose forms from ancient to modern.

“They encourage students from many lands and experiences to speak out of what they know.”

The Story in History came first. Like its companion, Circuit Writer, it contains step-by-step suggestions for a creative experience. It includes literature that models forms and styles, comparisons and rhythms. Good models! They take writers by the hand and say, “Here’s what to do first. Try this next. Add this,” and so on. “Read what you wrote. Add this, or that.” These are very bossy directions. But kind too. Build on them, rearrange them. Try things your own way.

Particularly important for groups whose stories have been submerged or denied, these books identify traditions and forbearers. They aim to encourage expression from different groups–African Americans, Native Americans, newly arrived Somalis, long-time residents from Laos. These books spread their arms wide to encourage people of many different races, beliefs, languages, histories, to give voice. Then to step into others’ shoes. Why shouldn’t a white girl from Norwegian-American parents imagine herself sitting beside Rosa Parks on the bus? Why shouldn’t a Japanese students imagine American officials who interned their Japanese-American relatives during World War II?

Writing isn’t supposed to glide over what is difficult or strange. It’s supposed to create description so riveting and true that everyone, no matter what color or heritage, will stop and listen.

Feel free to adjust my suggestions to fit your style and students. Bring in new models. Help us learn about problems we didn’t know about before. Students sometimes live lives that shock and trouble us. Look for ways to give them voice, write and read aloud their truths. I can’t think of a better way to mold unify among diversity, and help those who feel forlorn and abused believe that somewhere, someone cares. 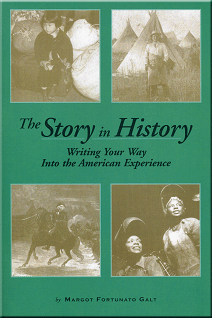 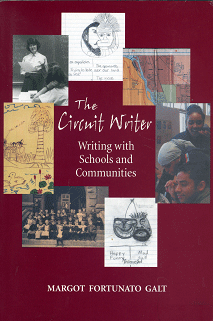 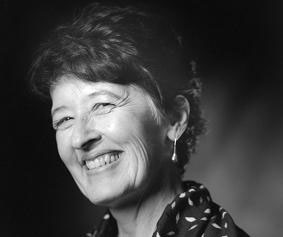 Margot Fortunato Galt
"My hats are off to teachers I've worked with over the years. These hats contain so many tricks and ideas you've helped me create that I would have to list names a mile long to give you sufficient credit. To teachers everywhere, let me know how these writing exercises are working in the classroom. Have you made adaptations? I'd be delighted to hear from you!"